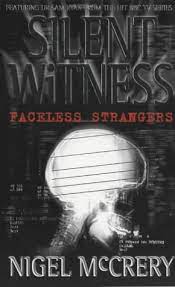 When the beautiful wife of a local MP is found brutally murdered in her own home, the entire resources of the Cambridge Constabulary are brought to bear. Leading the investigation is Chief Superintendent Adams, who is determined to further his career by solving this high profile case.

It is an entirely different matter, however, when the decomposed body of a homeless drug addict is found. Putting the unconventional Detective Stanley Sharman in charge, Adams dismisses the case from his mind. But Stan Sharman is not a man to let things go easily. Enlisting the help of Dr Sam Ryan, Stan is determined to discover who the young woman is and how she died.

Without a name, without a face, and with no co-operation from the police, Sam and Sharman face a seemingly impossible task. With no other clues, and, more importantly, no funds, they persuade a brilliant art student to reconstruct the girl’s face. But as her features become clearer, so the awful truth of her life and death slowly come to light, exposing a web of exploitation and corruption that reaches far into Europe exposing the terrible price of war and the men who benefit from it…